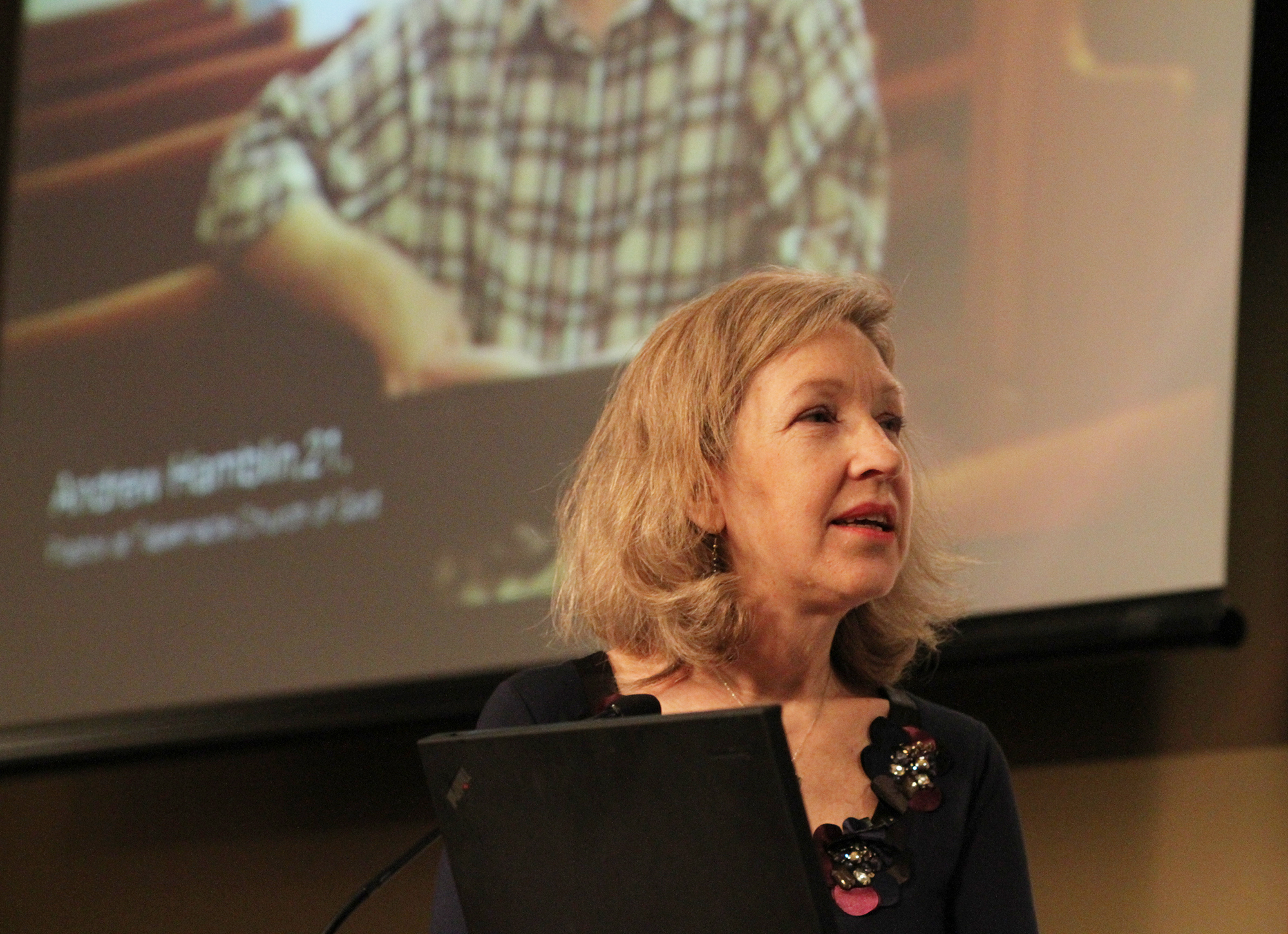 Julia Duin, a journalism professor at Union University, explained how she used her 40 years of journalistic experience to successfully cover Appalachian snake handlers and captivate the world with her story.

Duin’s story on snake handlers led her to three Pulitzer Prize nominations and articles for The Washington Post, Wall Street Journal and cnn.com.  Duin gave advice to the SEJC attendees on how to create a story as successful and captivating as her documentation of serpent handling.

“One, don’t be afraid to get out of the box and report on something totally new and different.  What is radical yesterday is commonplace today,” said Duin.  “Don’t be afraid to ask the uncomfortable questions.  We live in a world where there is very little moral courage and there are few convictions and no endurance when it comes to standing up for beliefs.  Often it is not the most talented people who get the job done, but it is the most persistent, the most curious, the daring, the ones who didn’t give up.  It means asking question after question and risking unpopularity for bringing truths that people don’t want to hear.”

Duin recounted that she had been laid off in 2010 from the Washington Times and had been working as a freelance journalist when she received an opportunity from a photographer friend to cover fundamentalist snake handlers in West Virginia.

“Newspaper reporters always hope that we find that one big story that makes it around the world,” said Duin.  “I’ve been reporting for newspapers and magazines since I was in high school, so we’re talking about 40 years, but last May I did write a story that went all over the world and it had to do with a radical form of Christianity that most people don’t agree with.”

“So I went to West Virginia; packed my 7-year-old daughter in the car and sat for three days in endless church services and what we saw was this story,” recalled Duin.  “I researched what had been done on serpent handling and I found out that very little had been done in the last 20 years; the only ones I found had been done in the 1990s.  We spent five days in that corner of West Virginia, again the non-touristy region. I was continually either horrified or fascinated.”

Duin recalled the moment she realized the story’s hook had changed.  Once she became familiar with the practice, she realized that 20-somethings were its guiding force and her story shifted, changing the course of her documentation.

“We found out (that) the way that this custom was spreading was not just by visiting preachers, but by Facebook,” Duin said.  “All these young handlers were posting photos on their Facebook accounts. I thought ‘Here you go; this is a new story.’ When I got ahold of the Wall Street Journal, my hook was ‘Hey, this isn’t fading away after all; it’s now spreading among 20-somethings.’ They bought the story; it ran the day before Easter, and it got 37,000 hits over Easter weekend. Folks — that’s the kind of story you want to have.”

Duin said she never  imagined she would become an authority on snake handling, but she was called to continue her narration on the topic after Mack Wolford, one of the 20-somethings spotlighted in her story, sustained a fatal snake bite at an Evangelistic rally.

“The story I put together for his death went online at 8:45 p.m. the next day; within two hours it was trending as a top story on their (The Washington Post) site for about 36 hours,” said Duin.  “It got more than 1,300 comments.  I redid the story for cnn.com that got 6,500 comments.  Everyone wanted to know how this man had died.  My byline was all over the country and overseas.  I got on Facebook and I read some of the comments from other serpent handlers, and it was clear the people up and down Appalachia were tortured and traumatized by his death.”