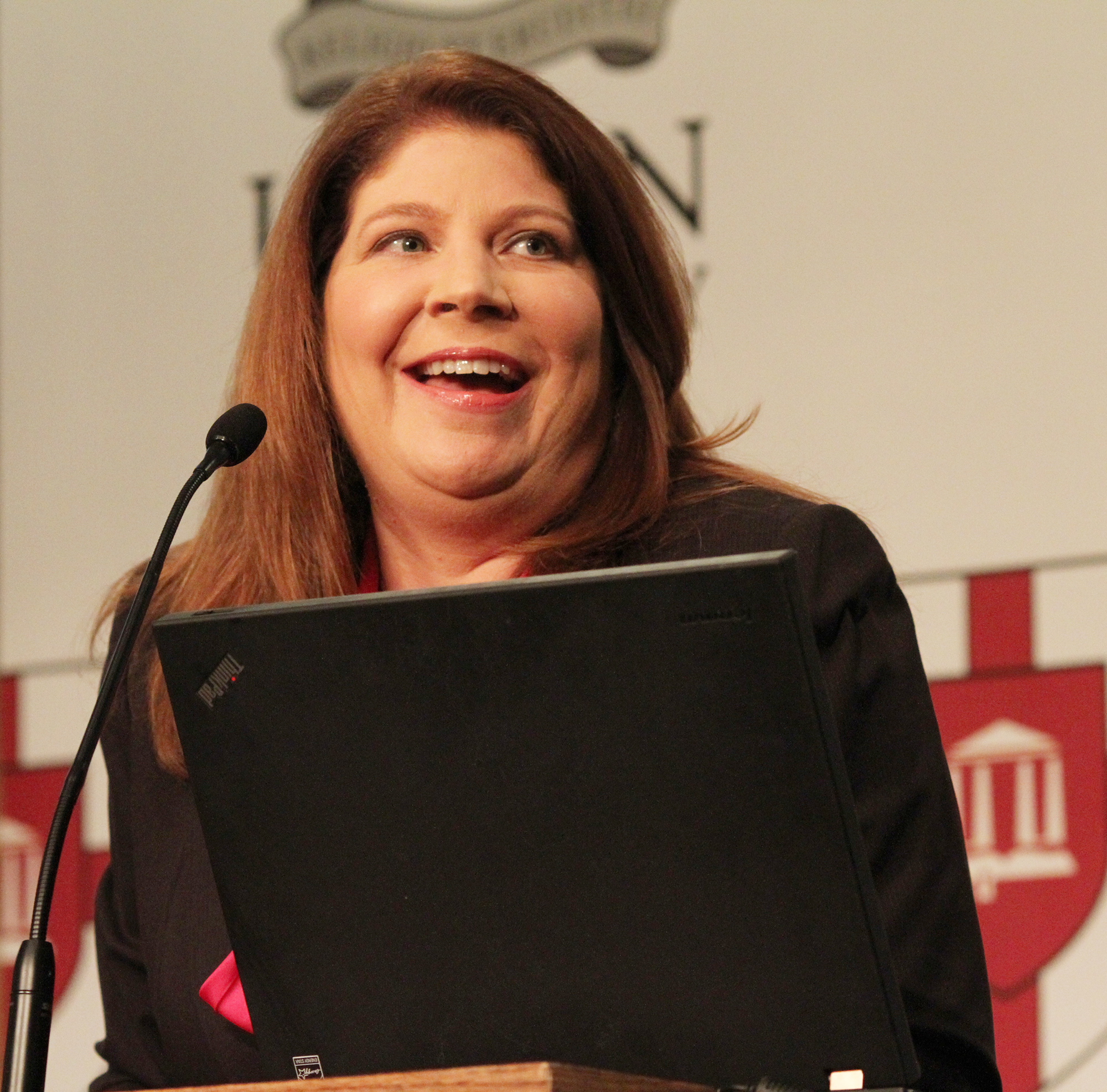 “Video has become a key component in journalism, public relations and communications in the world of a digital media,” said award-winning reporter, producer and writer Kim Lawton.  “Video is an important factor in telling a story.”

Lawton, the managing editor and correspondent for the half-hour PBS TV show “Religion & Ethics NewsWeekly,” was the first speaker to take the stage on Saturday, Feb. 23 at Union University. The conference boasted attendance from more than 30 schools from Alabama, Arkansas, Georgia, Florida, Louisiana, Mississippi and Tennessee.

“(Video is) like a puzzle, or a tapestry,” Lawton said. “There’s a real art to it because I’m weaving together (the story). My friends who are print journalists have to worry about doing concepts, but I have to worry about how to illustrate those concepts.”

Lawton’s showed brief video samples of her work to accentuate her point.  From heart-wrenching, high-definition hospital shots to shards of history with Martin Luther King Jr., Lawton only revealed slivers of her face during her subject-focused broadcasts.

“You need the words to explain, but the power comes from the image,” said Lawton.  “As journalists, if that’s where your power is, that’s what you play.”

Lawton, who earned her bachelor’s degree in communication with an emphasis in journalism at Messiah College in Pennsylvania, urged students to study and utilize video in their journalistic “tool shed” as a method of compelling storytelling.  She cited a UCLA report that segmented the three elements of communication into word choice, vocal tone and body language, which dominated communication impact with 55 percent of the overall influence on the audience.

Her initial focus was in radio broadcasting, but she said she picked up video skills along the way as she progressed in the field. Lawton shared one tip she learned: “Don’t be married to your notes.” She listed crucial keys to successful interviews, such as maintaining eye contact, pursuing the actual conversation, foregoing notes to fully engage, avoiding distraction and making the interview subject comfortable and relaxed to get to the “nut” of the story.

As more and more papers ask reporters to shoot video while on assignment, Lawton said modern-day journalists must accommodate.  She described her work as a “team effort,” because she often works with a producer, editor, camera operator and audio expert while building the story. However, she admitted this is a luxury most publications and papers cannot afford.

“One of my concerns is that in the rush to become a one-man band, I hope that we don’t have a lessening of quality,” Lawton said. “I hope that we have a higher standard because I think that contributes to telling a compelling story.”

Another frustration Lawton said she experienced in her field is what she called the superficial distractions of video.

“Sometimes, the strength of video is also a weakness in that the visual becomes so important,” she said.  “I get frustrated (when) I’m telling this really great story and the only thing people care about is I have this one hair hanging down funny in the middle of the story.  That drives me nuts.”

Lawton said these issues are worth fighting through, because journalists are privileged with the gift of telling stories “that may otherwise be lost.”

“Video certainly has its own universe,” she began, “its own language, and you need to understand what that is.”