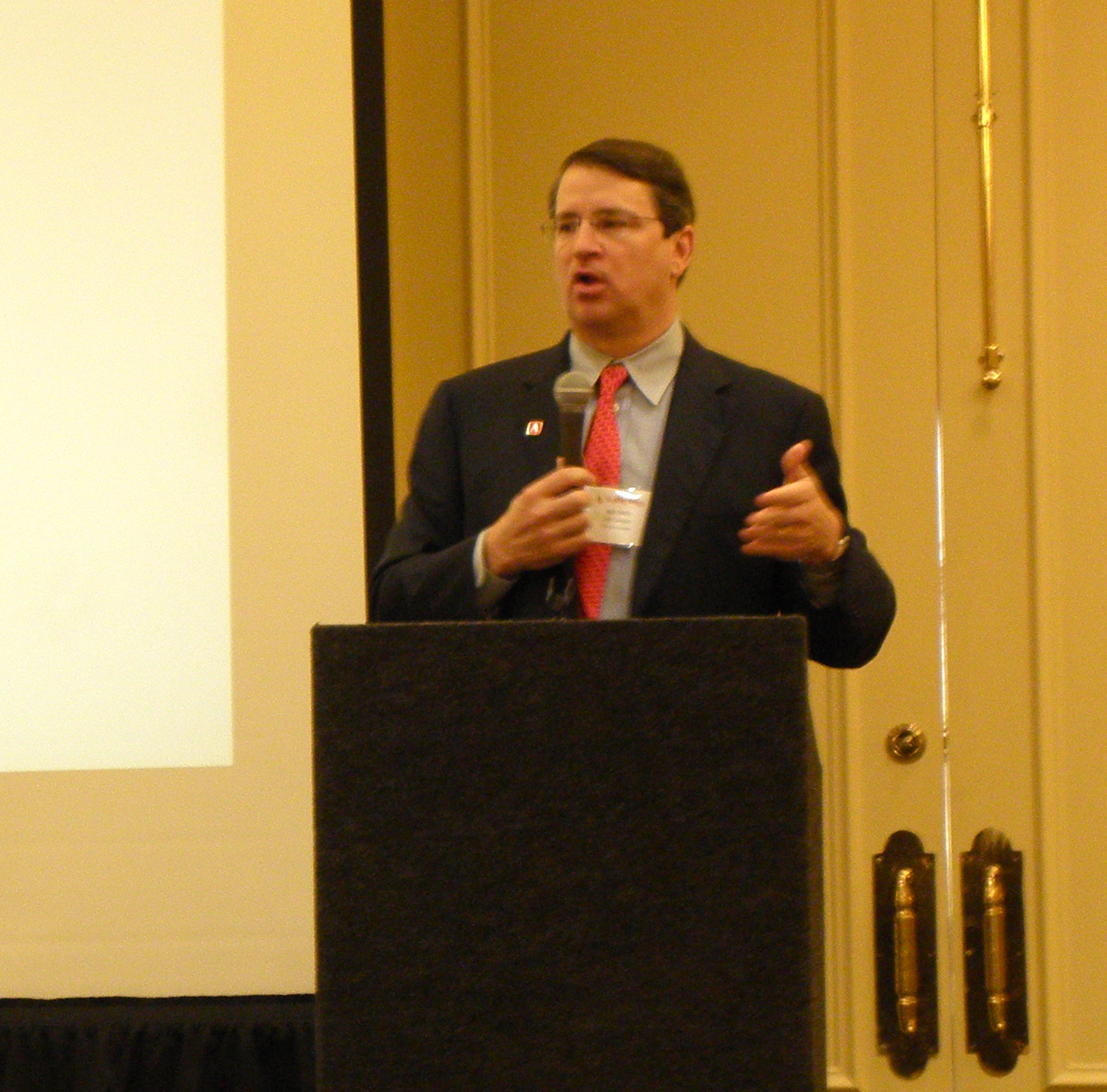 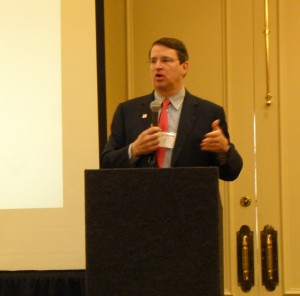 Addressing a crowd of aspiring journalists at the 28th SEJC Convention in Lafayette, John Georges, owner and publisher of The Advocate in Baton Rouge, La., predicted a “bright future” not only for his newspaper but for all news media as the younger generation enters the industry.

“Don’t listen to anything they’re saying about your futures,” Georges told the nearly 300 students and faculty members from 31 colleges at the SEJC Onsite Awards Luncheon in Lafayette on Saturday, Feb. 22. “It’s going to be really exciting.”

The convention brought 294 faculty and students from more than 30 schools in the seven-state conference.

Although print readership has been in decline, Georges said, he believes the newspaper industry is entering an age of “revolution.”

“We have young people with technology, video and social networking – all these things that are breaking through the norm and breaking the model,” he said. “I think we’re going back to those revolutionary people that started journalism in its earlier days.”

Georges, 53, purchased The Advocate, the largest daily newspaper in Louisiana, from the Manship family in May 2013.

As a New Orleans businessman, Georges said, he’s confident in his ability to turn a business around and sustain it.

The Advocate is already seeing progress. Under new ownership, it has become one of the few publications in the U.S. to expand its coverage and circulation.

“The Advocate is in a unique situation,” Georges said.

The paper has separate editions in Baton Rouge, New Orleans and Lafayette, which are all surrounded by prosperous suburban areas, he explained.

When the New Orleans Times-Picayune cut its print edition to three days a week in 2012, The Advocate, then under the Manships, came out with The New Orleans Advocate, an enhanced and rebranded edition to compete as a daily newspaper. The company was also able to pick up employees who lost their jobs at the Picayune, Georges said.

The New Orleans Advocate is actually making money, Georges said, which makes up for any money the paper could be losing at home in Baton Rouge.

With the same initiative in mind, the company also rebranded the Lafayette edition to become The Acadiana Advocate.

Georges said in both Lafayette and New Orleans, the paper is competing with nationally owned chains, which aren’t as flexible as a locally owned newspaper like The Advocate.

“They have to be profit-driven,” he said. “They can’t do illogical things; they can’t invest in ideas that may or may not pan out because they have to make a profit.”

Louisiana has more than 100 newspapers. Georges said he believes they will consolidate over time and print editions will survive, but the economic side must be left up to business people.

“We’re delivering the newspaper to your home for $1 or less,” he said. “It’s the best bargain in America, and I believe over time people will pay more for that.”

Asked about the relationship between the business side and the editorial staff, Georges replied that the general manager and editors at The Advocate run the paper and control the content because, as journalists, they know best.

“A strong paper never folds over to an advertiser,” he said.

Despite the skeptics, Georges remained hopeful and excited about what’s coming next for the journalism industry.

“I think your future is safe,” he said to the students. “I think it’s going to be different. Everything’s different, but I’d much rather be a journalist today than a med student or a lawyer.”